Picking up a book is one way to learn about history. However, hiking in the actual location where an important event occurred is an entirely different adventure. Expert and amateur historians alike flock to Washington State to walk in the footsteps of Lewis and Clark, explore groundbreaking decommissioned railways, and admire statuesque, long-lived lighthouses. It’s time to put on your hiking boots and hit the road. 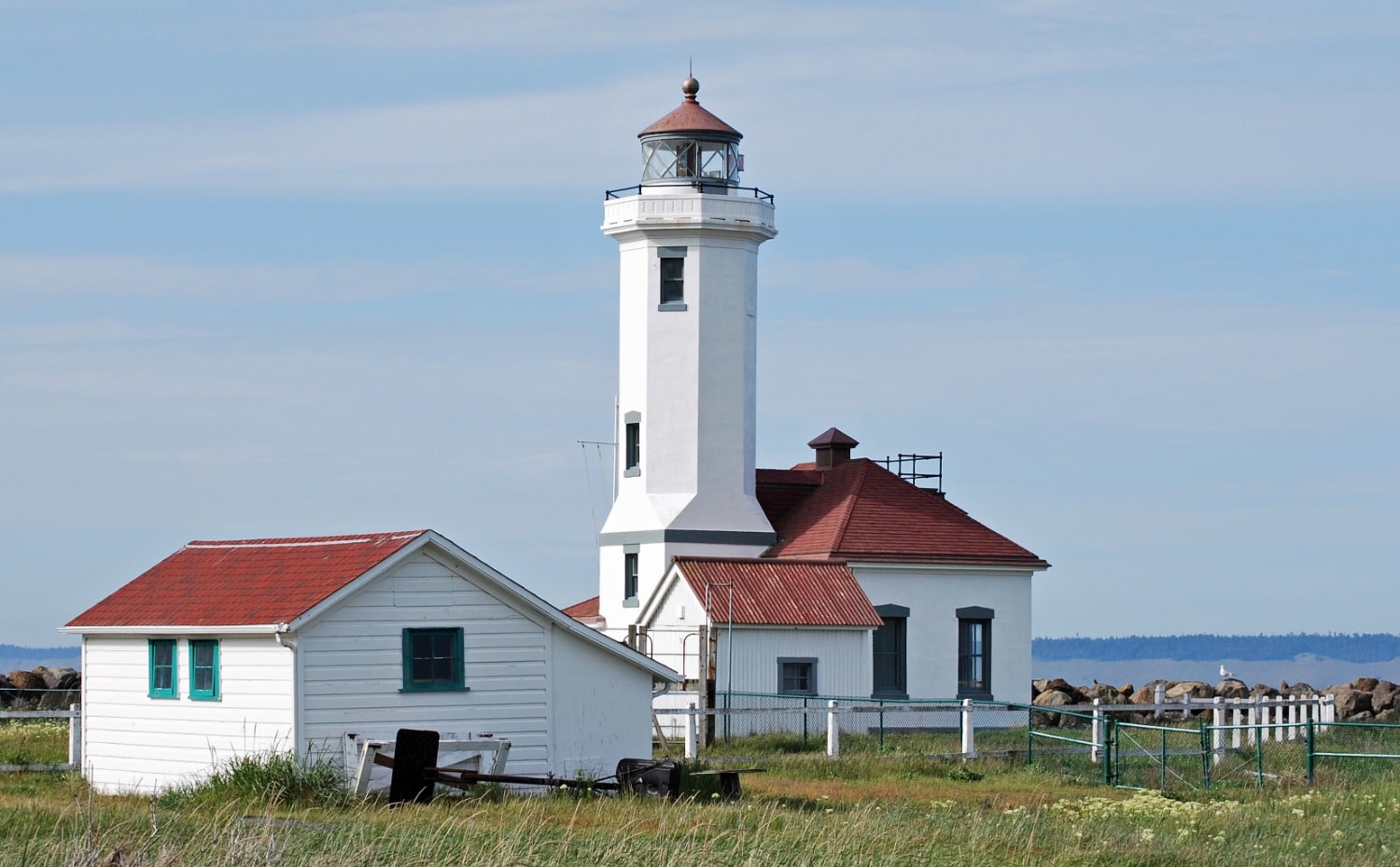 Fort Worden was built between 1898 and 1920 to protect the Puget Sound from nearby British forces on Vancouver Island. Fort Worden functioned as an active U.S. Army base from 1902 to 1953, and is now a National Historic Landmark. With bunkers and beaches to explore, Fort Worden Historical State Park is sure to excite historic war enthusiasts and nature lovers equally. Grab a self-guided historical walking tour map at the Friends of Fort Worden Gift Shop to ensure you won’t miss any landmarks. We recommend taking Point Wilson Trail. This scenic 2.8-mile loop leads you past old war bunkers, views of the Puget Sound, and Point Wilson Lighthouse, which was built in 1879.

The historic tour of Port Townsend doesn’t have to stop there. Ravenscroft Inn’s colonial-style home brings the Southern charm of Charleston, South Carolina to the Pacific Northwest. The inn is centrally located close to the historic Victorian seaport. 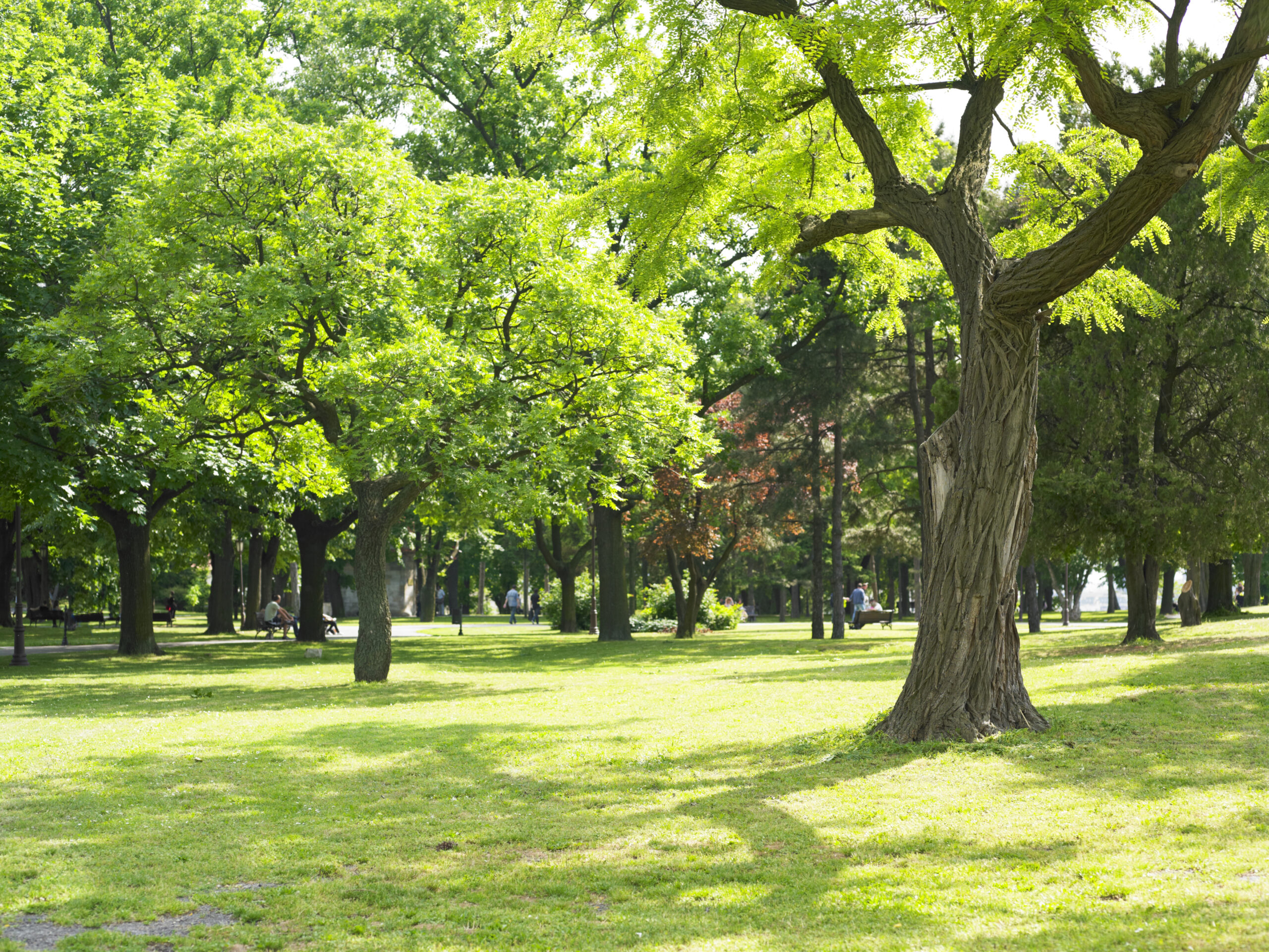 Want to brag about your latest historical adventure? It’s time to visit one of the most important historical locations in the US. On October 16th, 1805, the Lewis and Clark Expedition arrived at the junction of the Columbia and Snake Rivers, making them the first Euro-Americans to see the Columbia east of the Cascades. Instead of attacking, the native Sahaptin people greeted the expedition peacefully. In fact, Clark believed that the expedition succeeded in the area due to the non-threatening presence of a Shoshone woman named Sacagawea and her infant son. Although commonly referred to as “Sacajawea,” recent research indicates that this figure’s name was actually “Sacagawea,” hence both spellings may be seen. Sacagawea worked alongside the white explorers and the Native American tribes as an important interpreter, food gatherer, and peacekeeper.

Today, this historic site honors her contributions to the Corps of Discovery with the 267-acre Sacajawea Historical State Park. The park features 9,100 feet of freshwater shoreline, with a small beach displaying canoes modeled after ones used in the 1800s. Check out the Sacajawea Interpretive Center to learn more about Sacagawea and the Corps of Discovery. As you explore the grounds, take time to read each of Maya Lin’s Seven Story Circle Installations, which dig deeper into Native culture and the natural history of the area.

If you’re ready for some R&R after exploring Sacajawea Historical State Park, book a stay at the Inn at Blackberry Creek. They have everything you need for a luxurious, relaxing getaway in Walla Walla. Check out their rooms page for details on their charming rooms with modern amenities. 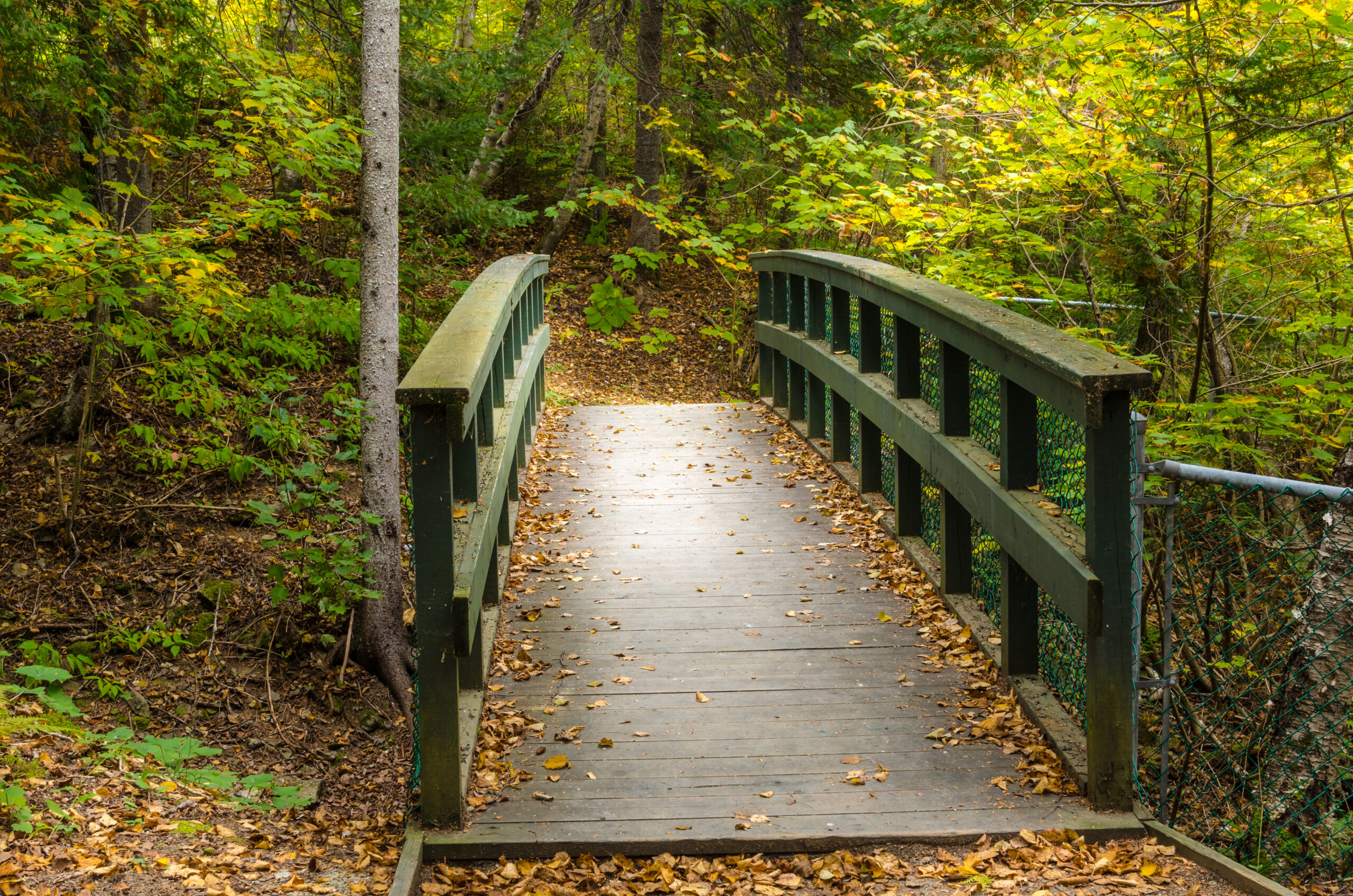 In 1893, the Great Northern Railway completed construction over the Cascades, connecting Seattle with the Midwest. The railway was considered to be one of the greatest engineered transcontinental railroads of its time. Tragically, in February 1910, an avalanche swept away two trains and killed 96 people. Sadly, this section of the railroad never quite recovered. Work started to convert the site into a historical trail in 1992. The Iron Goat Trail is a 6-mile round-trip trek with informational markers along the way to help provide historical context for the tunnels, bridges, and other remnants of the railway. Although some say the trail is haunted, Iron Goat Trail is overwhelming considered a compelling, historical trek.

Rest your weary legs after the hike in your in-room whirlpool at the nearby Roaring River B&B. Located along the Snoqualmie River, the sounds of the rushing river will lull you to sleep and a tasty, hot breakfast at your door will wake you up in the morning. 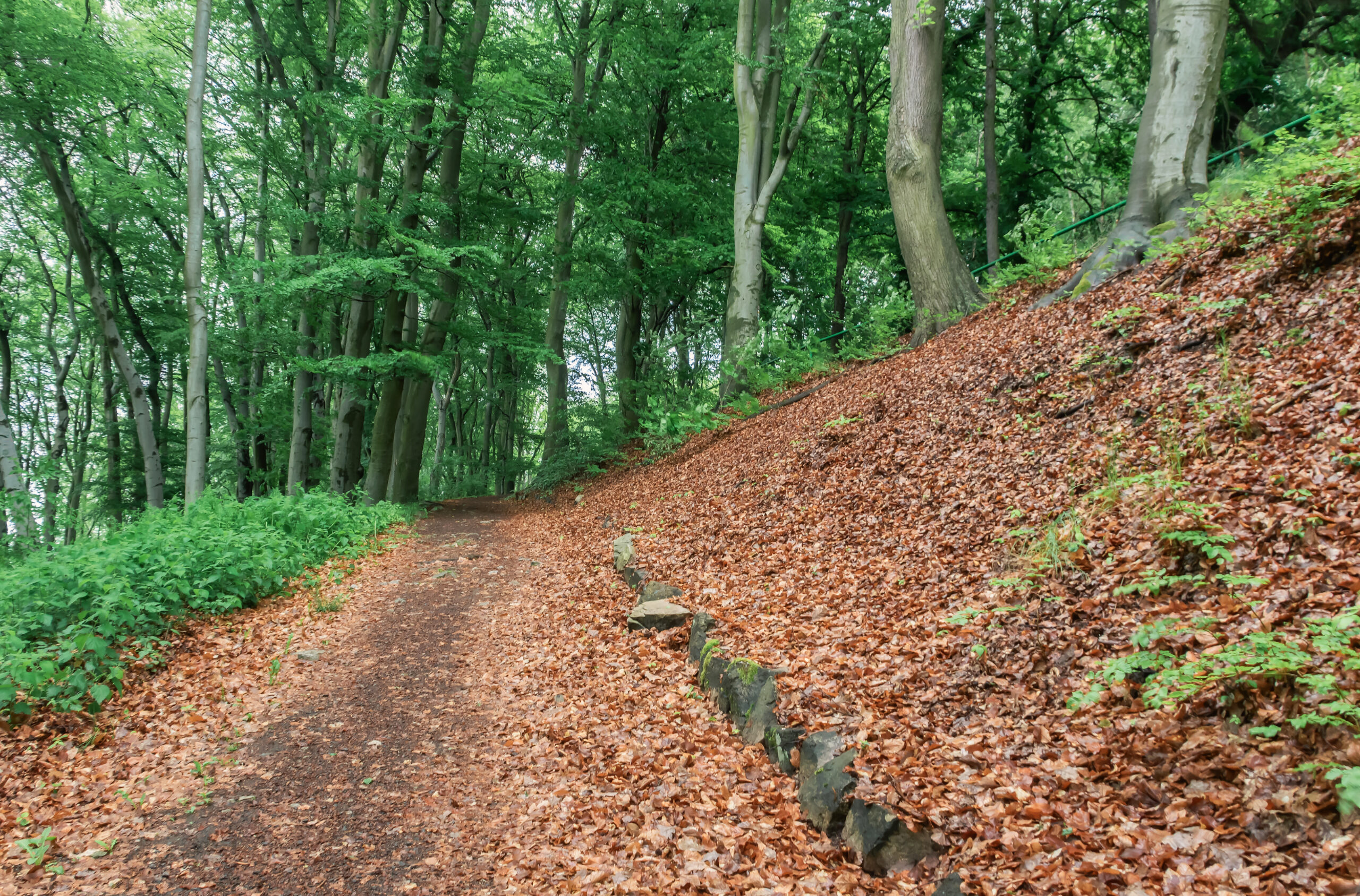 Walking along Coal Creek Trail is like stepping back in time. From the mid-1800s to the mid-1900s, the site was home to the once thriving railroad and coal mining operation. Although underground coal mining in Washington stopped in 1974, legend has it that you can still smell coal in the air along the trail. Once the site of frequent dynamite explosions, this overgrown trail is now a quiet, peaceful 5.1-mile out-and-back hike. History buffs will love stumbling across old coal mine shafts and railroad remnants. Other members of your expedition, however, will stick around for the stunning North Fork Falls waterfall.

After exploring Coal Creek, head up the road to Hideaway Lodge B&B in Woodinville. Your body will thank you for indulging in a soak in your room’s private bath overlooking the extensive ground. 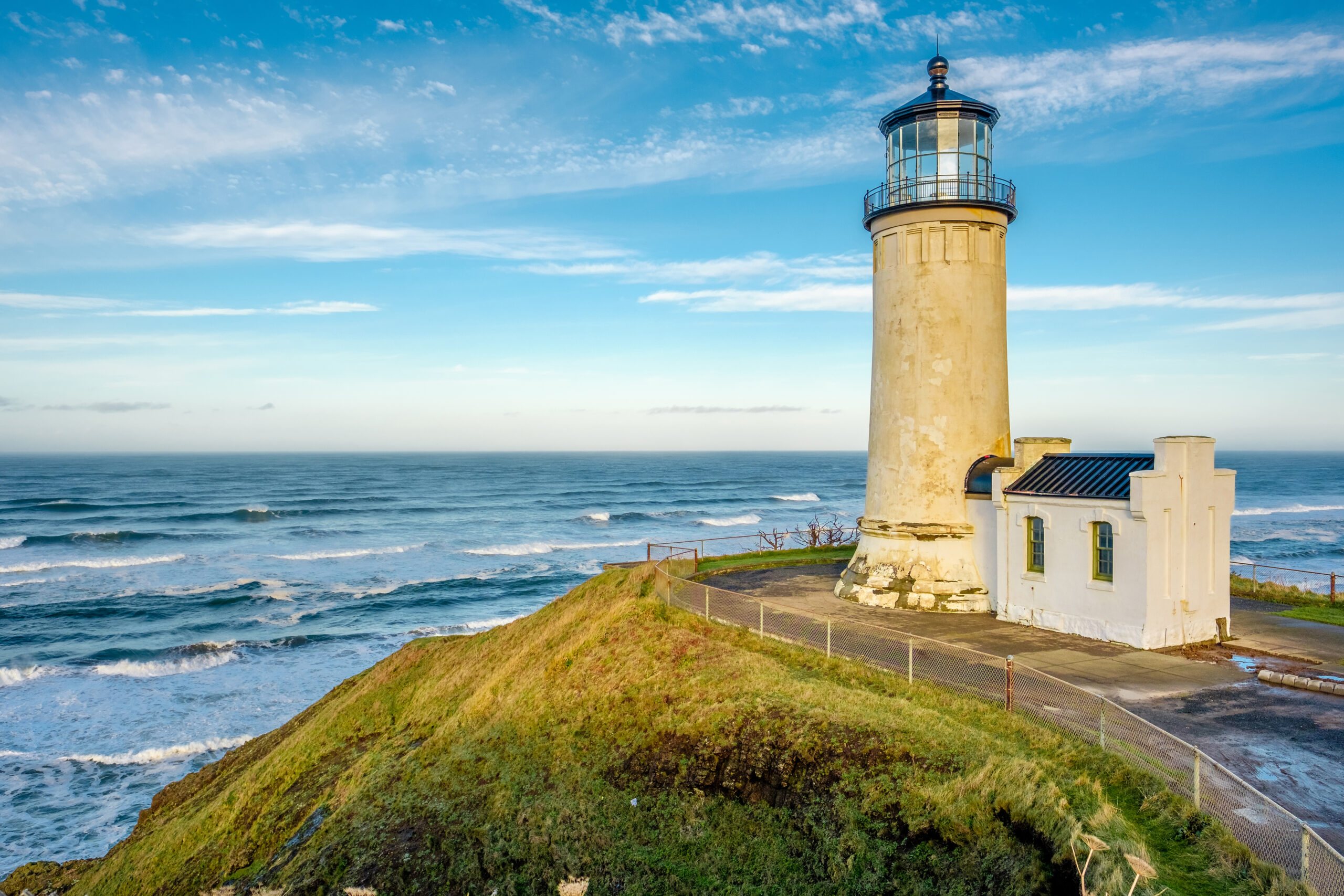 When Lewis and Clark landed at this site in 1805, “Cape Disappointment” was already logged in the history books. In 1788, British explorer John Meares had found the cape and mistook the Columbia River for a bay. It’s easy to spend a day in Cape Disappointment State Park. Explore military outposts, visit the Lewis and Clark Interpretive Center, and even dig for clams at Benson Beach. Take some time to soak in the history of the site by walking along North Head Trail. This hike takes modern-day explorers along the coast and past the Cape Disappointment Lighthouse. This lighthouse was constructed in 1856 and is the oldest lighthouse in operation in the Pacific Northwest.

There’s no better way to fulfill your historical tour of Washington than by staying in a historic home. Some other charming, historic inn options include Maitland Manor, Swantown Inn, Warm Springs Inn & Winery, Cozy Rose Inn, and Miller Tree Inn.

Tag us at @wainnsiders on Instagram! Let Washington INNSiders guide you to the perfect retreat. While we have highlighted a few great inns close to beautiful destinations, the Washington INNSiders boasts an exhaustive list of independent inns all over the state. Filter by desired characteristics to select the ideal B&B, inn, or hotel for your dream outdoor getaway. The experts behind Washington INNSiders inspect and approve all member properties, so you can confidently plan the perfect escape today.

Sign up for Washington travel tips, recommendations and updates delivered to your inbox monthly