With funky Seattle neighborhoods, jaw-dropping landscapes, and lush forested terrain, it’s no wonder filmmakers love to use Washington State as their backdrop. From 90’s romantic comedies to hit psychological thrillers and even classic western movies, Washington has been the setting for some pretty incredible films. Grab some popcorn and get cozy because you’re going to want to binge on this movie marathon.

One of the highest-grossing psychological thrillers to ever hit movie screens was filmed on Whidbey Island. The Ring tells a story about people who watch a cursed video that makes viewers die in 7 days. The intro scenes are mostly shot in downtown Seattle, where you can spot landmarks like the Seattle Center Monorail in the background. The investigator then decides to leave Seattle to follow the tape to Moesko Island, known as Whidbey Island in real life. Most of the water scenes were filmed around Oak Harbor and on a Washington State Ferry. Some of the other scenic shots were filmed in Bellingham or Port Townsend, but the creepy wood cabin is nestled in Stanwood. After a day of exploring the filming locations of one of the creepiest, eeriest, and spookiest movies ever made, unwind at the Wildwood Farm B&B in Oak Harbor. Spend your evening in the hot tub, overlooking the pastures full of residential horses, rewatch the movie and find the locations that you’ll recognize, or cozy up with a good book in the common rooms. 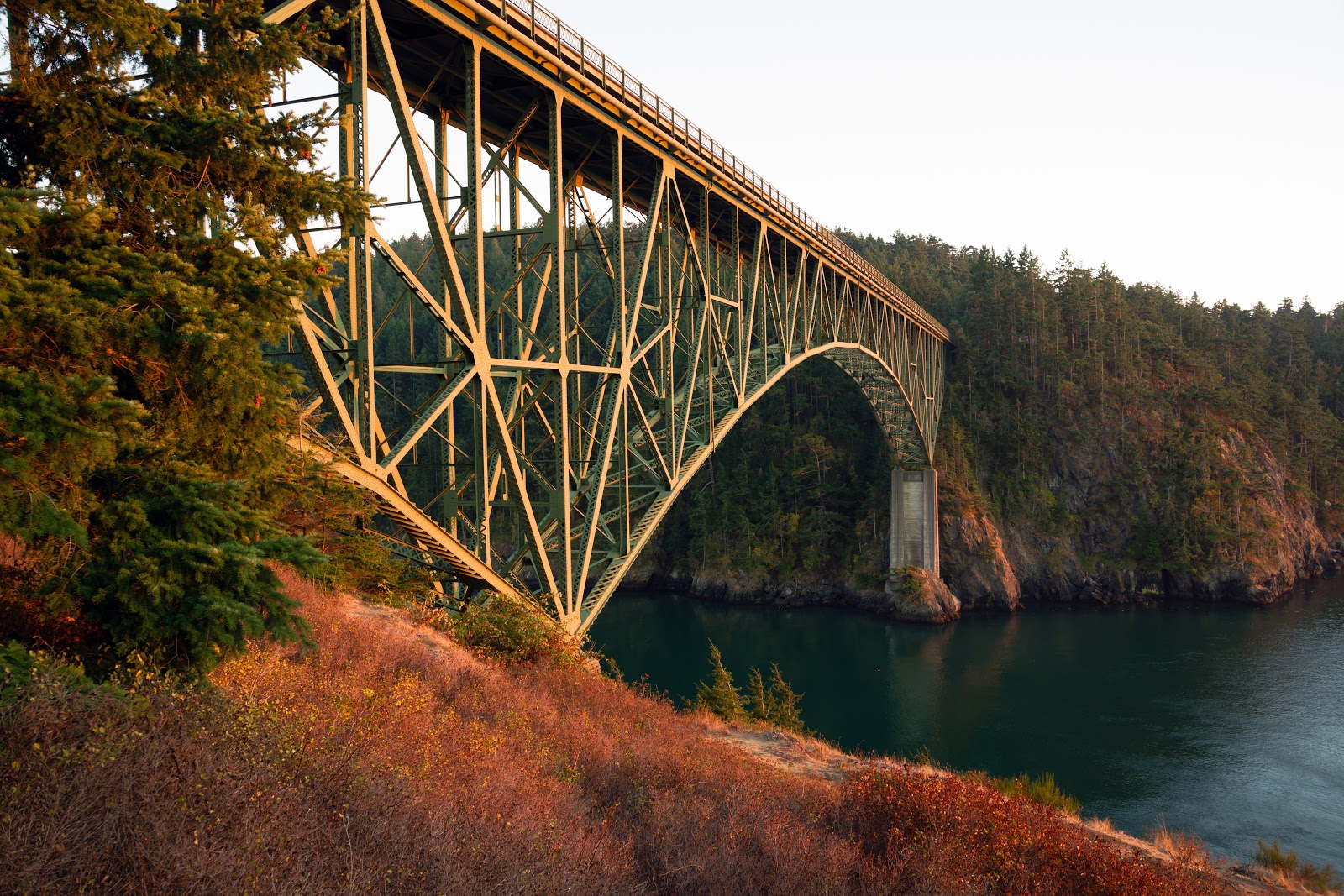 The Postman is a post-apocalyptic action film about a man (Kevin Costner) who travels around the Pacific Northwest to deliver old mail to towns and colonies in an effort to give hope to the people who need it most. The movie spans desert scenes in Arizona to lush forested communities filmed in Anacortes and Metaline Falls including traveling over Victoria Falls Bridge. 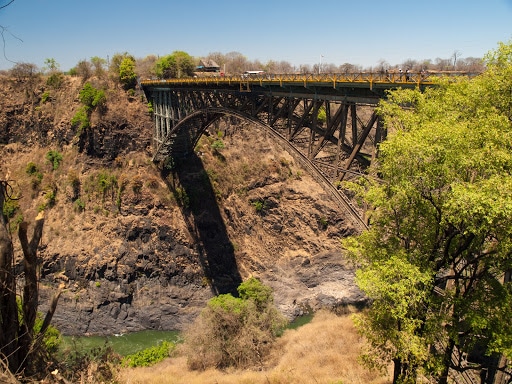 The teenage vampire-romance series that took over the world was all based on the rainy town of Forks, Washington. You can visit the brick high school from the movies in Kalama, just north of Portland, OR. You can also spot Multnomah Falls in the background of the baseball scene which was filmed in a field just outside of Stevenson, WA. Several other shots were filmed in the surrounding territories of Oregon and British Columbia, but the real magic of the novels and hit movies lies in the town of Forks, where Stephenie Meyer based the series. This is where you’ll find misty valleys, dense and evergreen woods, and rain that would be the perfect cover for a sun-adverse vampire.

While the 1959 Western movie The Hanging Tree was set in Montana, it was actually filmed around Yakima. This action-packed drama follows a doctor with a past who rescues a man from the noose of a hanging tree and falls in love with a local woman. Tucked into the Snoqualmie National Forest, the film crew built a small town for filming but It’s since been dismantled. The grounds are now known as Hanging Tree Campground. 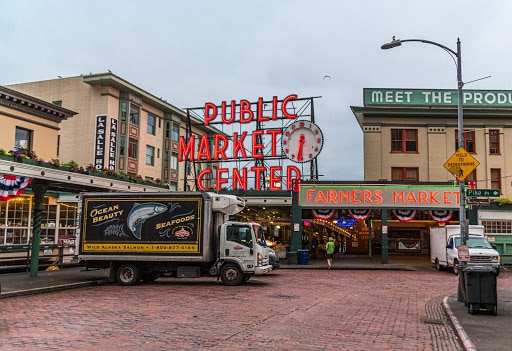 One of the most beloved romantic comedies of all time was filmed right in the heart of Seattle. For people all over the world, this was the first film that put Seattle on the map and made people fall in love with the whimsical nature of the city. Sam’s (Tom Hanks) houseboat is still docked in Lake Union, the couple’s first glance was at Sea-Tac airport, you can see Pike Place Market in several shots of the film, and Alki Beach Park is the sandy picturesque beach where Sam and his son play catch. While you’re in West Seattle, take some time to explore the parks and shores and this incredible residential district! The Guesthouse Bed & Breakfast is a cozy retreat, set back on a peaceful street while still being an arm’s reach away from the action. 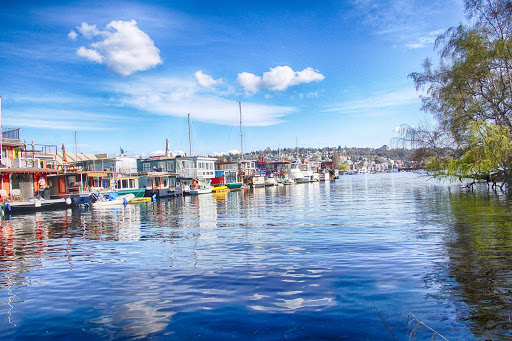 While the name of the movie Say Anything may not ring a bell, the iconic scene of Lloyd (John Cusack) standing outside Diane’s home with a boombox is one of the most beloved rom-com scenes ever. While most of the movie was filmed in California, several scenes were filmed in downtown Seattle and the colorful neighborhood of Wallingford. The couple’s first date was filmed at Westlake Center in downtown and several driving scenes show unique Seattle neighborhoods and the old Alaska Way Viaduct at sunrise.

10 Things I Hate About You

If you are looking to continue your Seattle-based 90’s romantic comedy movie marathon, finish off strong with the classic 10 Things I Hate About You. This cult classic is filmed all over Seattle and Tacoma with shots of some of the city’s most unique landscapes. The popular Gas Works Park is the stage of the paintball scene in the movie while the first shot of the city is from Kerry Park and even the iconic Fremont Troll makes an appearance. All of the details from their family craftsman style home, to funky bookstores, to grungy music venues are quintessential elements of Seattle’s vibrant culture. Spend some time exploring some of Seattle’s trendiest neighborhoods from the Shafer Baillie Mansion Bed & Breakfast situated next to Volunteer Park on Capitol Hill. 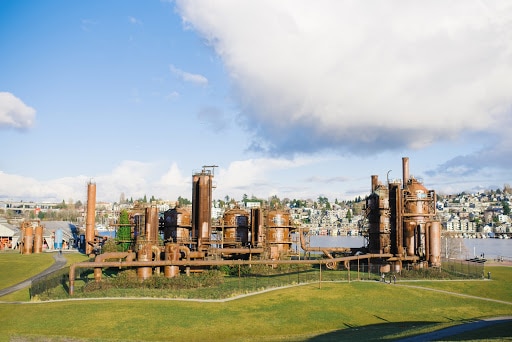 If you’re planning on visiting Washington you might want to add a couple of these iconic filming locations to your itinerary. Flying in? Rainy day? Lazy afternoon? Well, now you’ve got something to look forward to. Turn on one of these classics and try to spot all the places you recognize in real life.

Watch the best movies filmed in Washington State and let Washington INNSiders guide you to the perfect urban retreat, luxurious bed & breakfast, or rustic country inn! While we have highlighted a couple of inns to accommodate you during your trip, the Washington INNSiders boasts an exhaustive list of independent inns all over Washington State so you can pick out the ideal B&B, inn, or hotel for your dream getaway.  All our member properties are inspected and approved so you are sure to find your perfect place to stay.